Blog - Latest News
You are here: Home1 / Blogs2 / Vital role of data in the future of cross-border trade highlighted at US...

The importance of complete and accurate data in international trade was one of the constant themes running through the US Customs and Border Protection’s Trade Facilitation and Cargo Security Summit.

The three-day event, held in Anaheim, California, last week, brought together over 1,500 international trade and customs specialists. I was joined at the event by my Hurricane colleague and compliance expert Maureen Cori.

This was the first time the event had been held in three years and for the first time ever combined the annual Trade Symposium with the Customs and Trade Partnership Against Terrorism (CTPAT) events.

The event covered a wide range of subjects including eCommerce, Forced Labour, Cargo and Trade Innovation, 21st Century Customs Framework (CCF) and ACE 2.0, Customs Trade Partnership Against Terrorism (CTPAT) and the latest methods to combat contraband in the supply chain.

One of the major threads running throughout the event was the increasing importance that complete, accurate and compliant data plays in the current plans for international trade.

Data of the highest quality is the catalyst that will facilitate expediated customs clearance, risk management and help in the fight against climate change, forced labour and so much more.

An interesting fact reported during the Green Trade strategy update was that 80% of emissions are directly related to the supply chain.

Inaccurate and incomplete data is one of the main causes of delays in customs clearance, returns or even destruction of shipments. In Gerry McGovern’s book, “World Wide Waste”, he reports that “1.5 billion trees would need to be planted to deal with annual eCommerce returns in the US alone”.

The data theme played a particularly prominent part in the eCommerce sessions.

CBP has been active for some time in educating the private sector on the need for and importance of supplying timely, complete, and accurate data and currently covered in the Section 321 data pilot. Participants in the pilot include major players in the international supply chain such as eBay, Amazon, DHL, UPS, FedEx and Hurricane customer BoxC.

Section 1321, otherwise known as Sec321, is the regulation that covers the clearance of de minimis (low value) imports into the USA. The pilot was created to assist with automating clearance for eCommerce volumes and is aimed at improving the overall quality of data for international trade and rewarding participants with electronic same day customs clearance.

Michael Pakula, CEO of BoxC, who was one of the few private sector panellists at the event, discussed how his company has been working with its customers and CBP to improve its data.

Data is the future for Customs. The 21 CCF (discussing the future of Customs in the USA), and the Forced Labour regulations workshops spoke clearly to the future of data and more of it.

On Day Two of the event, we were fortunate to witness the signing of three separate Mutual Recognition Arrangements (MRA) between the US CBP and the Customs Authorities of Colombia, Guatemala and Uruguay. These MRAs jointly recognised each other’s CTPAT and Authorised Economic Operator (AEO) programs.

The event has been hailed a great success by all participants and, as always, Hurricane is at the forefront of what is happening in the world of Customs, ensuring that our customers have access to the very latest in international data and compliance support. 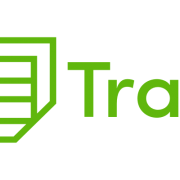 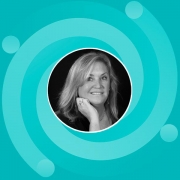 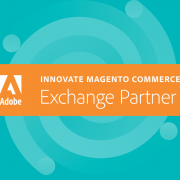 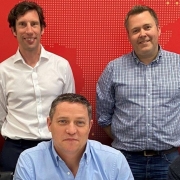 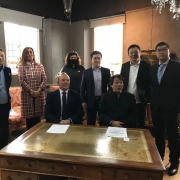 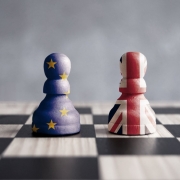